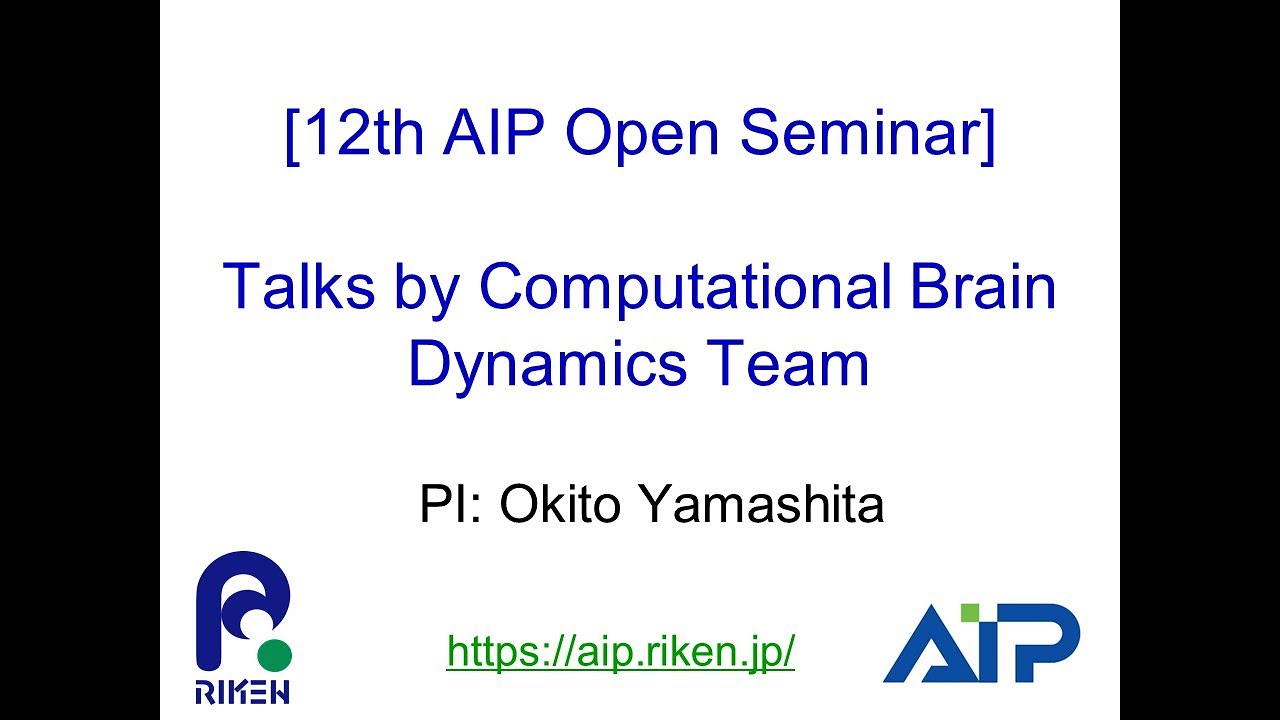 Speaker 1: Okito Yamashita
Title : Introduction of Computational Brain DynamicsTeam : AI technology for developing neuroimaging biomarkers of mental illness
Abstract: Mental disorders such as depression, schizophrenia, obsessive compulsive disorder and ASD are one of the biggest social problems in the world. It is expected COVID19 will make the situation even more severe. However, the current diagnosis system DSM5 which is based on the symptom is not effective to treatment selection and biomarkers of mental disorder, objective ways to define mental disorders based on biological data, are anticipated. Among a number of biological data such as gene, blood and brain, the biomarker based on neuroimaging is one of the promising candidates as disruption of brain circuits could be a cause of mental disorders. Towards realizing neuroimaging biomarkers of mental illness, we are developing AI technology and conducting Big data analysis of neuroimaging data. In my presentation, I will review background and recent progress of neuroimaging biomarker using machine learning technique and discuss issues and necessity to explore new features hidden in brain activities.