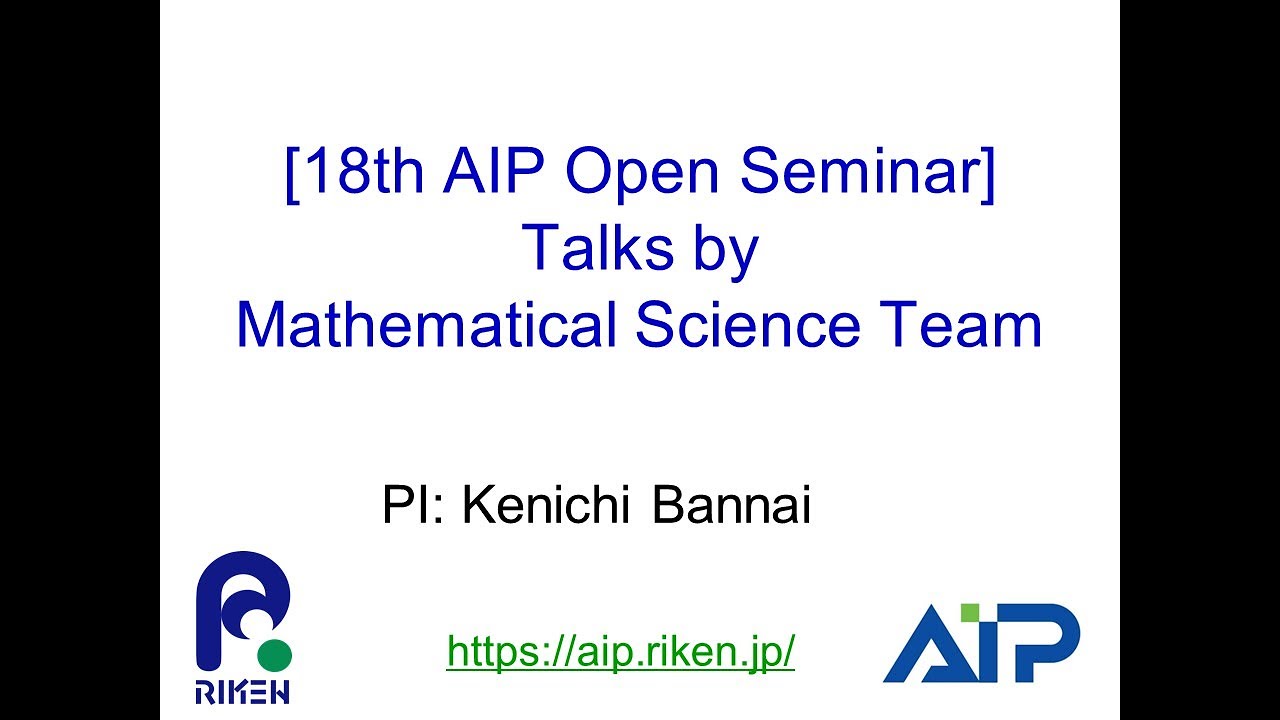 Speaker 4: (20min) Masahiro Ikeda
Title: Operator-theoretic approach for time-series data generated by nonlinear dynamical system
Abstract:
To construct a metric between two series of data is a fundamental problem in machine learning and pattern recognition. In the first study with Ishikawa, Fujii, Hashimoto and Kawahara, we construct a metric for two time series of data, generated by a “nonlinear” dynamical system.
Given a dynamical system, the Perron-Frobenius operator is defined as a linear operator on a function space. By using the operator on a reproducing kernel Hilbert space (RKHS), we construct the metric, which generalizes several previous results. Moreover, we empirically illustrate our metric with an example of rotation dynamics in a unit disk in a complex plane, and evaluate the performance with real-world time-series data (NeurIPS2018). If time is permitted, I introduce an extension of this result to nonlinear dynamical systems with randomness.
From these studies, a significant Mathematical problem arises, which is boundedness of the operator on RKHS associated with the Gaussian kernel, widely used in practical situations. I introduce our recent result about the boundedness with Ishikawa and Sawano (Arxiv:1911.11992).

Speaker 5: (20min) Akiyoshi Sannai
Title: Deep learning with symmetry
Abstract:
Symmetry is a fundamental concept in mathematics and physics. In machine learning, there are many tasks with symmetry, such as redundancy in labeling point clouds and graphs, and rotational invariance of objects. In order to handle such tasks, deep models that take symmetry into account have been proposed (NeurIPS2017, ICML2020 etc.). In this talk, I will review the construction of symmetric deep models by Zaheer, Maron, and Yarotsky, and explain the mathematical mechanism for deriving the universal approximation theorem.

All participants are required to agree with the AIP Open Seminar Series Code of Conduct.
Please see the URL below.
https://aip.riken.jp/event-list/termsofparticipation/?lang=en

RIKEN AIP will expect adherence to this code throughout the event. We expect cooperation from all participants to help ensure a safe environment for everybody.